The Righteous Gideon, whose name means “destroyer,” appears in chapters 6-8 of Judges. He was the son of Joash the Abiezrite. One day, as he was beating out wheat in the wine press, the Angel of the Lord appeared to him and commanded him to deliver Israel from the hand of Midian. Gideon…

Read the Life
Venerable Alypius the Stylite of Adrianopolis

Saint Alypius the Stylite was born in the city of Adrianopolis in Paphlagonia. His mother, a Christian, was widowed early, and she sent her son to be educated by Bishop Theodore. She distributed her substance to the poor, then began to live an ascetic life near the church as a deaconess. Saint…

The Consecration of the Church of the Great Martyr George at Kiev: Beginning with the holy Prince Vladimir (July 15), it was the pious custom of Russian princes to build a church in honor of their patron saint. Thus, Saint Vladimir (in Baptism Basil) built at Kiev and Vyshgorod temples dedicated to…

Saint Innocent, Bishop of Irkutsk, (in the world John) was descended from the noble Kulchitsky family. His parents moved from Volhynia to the Chernigov region in the mid-seventeenth century. The saint was born in about the year 1680, and educated at the Kiev Spiritual Academy. He accepted monastic…

Saint James the Solitary (Hermit) was the disciple of Saint Maron (February 14). He lived in asceticism on a mountain not far from the city of Cyrrhus in Syria. He suffered grievous ills, but he always wore chains, ate food only in the evening, and prayed constantly. By such efforts he attained to…

Saint Stylianus was born in Paphlagonia of Asia Minor sometime between the fourth and sixth centuries. He inherited a great fortune from his parents when they died, but he did not keep it. He gave it away to the poor according to their need, desiring to help those who were less fortunate.…

Saint Nikon Metanoeite (“the Preacher of Repentance”) was born at Pontus Polemoniacus at the beginning of the tenth century. He was the son of a wealthy landowner, and he was given the name Nicetas in Baptism. Since he had no desire to take over the management of his family’s…

Saints Athanasios (nicknamed "the Iron Staff") and Theodosios, were disciples of Saint Sergius of Radonezh, and they settled in the Novgorod region, on the border of Cherepovets, at the confluence of the Yagorba River and the Sheksna. There, in the dense, impenetrable forests, they built a church…

1. Our Holy Father Alypius the Stylite.

Born in Hadrianopolis, a city in Paphlagonia, he was from his youth dedicated to the service of God. As a deacon, he served in the church in that city with Bishop Theodore. But, desiring a solitary life of prayer and meditation, Alypius withdrew to a Greek cemetery outside the city, from which people fled as from a place of terror, as demonic visions had been seen there. Here he erected a Cross, and built a church in honour of St Euphemia, who had appeared to him in a dream. Near the church, he built a high pillar, climbed up onto it and spent fifty-three years there in fasting and prayer. Neither the mockery of men nor the evil demons could drive him away or shake his purpose. This saint endured endless assaults from the demons. They not only tried to terrify him with demonic apparitions, but also stoned him and gave him no peace day nor night for a long time. But Alypius courageously defended himself against this diabolical power with the sign of the Cross and the name of Jesus. Finally, the vanquished demons left him and fled, and men began to revere him and to come to him for his prayers, comfort, teaching and healing. Two monasteries were built beside his pillar, on one side for men and on the other for women. His mother and sisters lived in the women's monastery. St Alypius guided the monks and nuns from his pillar by word and example, and shone like the sun in the sky for them all, showing them the way of salvation. This man of God had such grace that he was often bathed in heavenly light, and a pillar of this light stretched above him to heaven. Alypius was a great and mighty wonderworker, both in his lifetime and after his death. Living for a hundred years, he entered into rest in the year 640, in the time of Emperor Heraclius. Of his holy relics, the head is preserved in the monastery of Koutloumousiou on the Holy Mountain.

2. Our Holy Father James the Solitary.

A Syrian, he was a disciple of St Maron (Feb. 14th) and a contemporary of St Simeon Stylites. He lived in asceticism under the open sky and fed on soaked lentils. He performed great wonders, even raising the dead in the name of Christ. The Emperor Leo asked him for his thoughts on the Council of Chalcedon. He entered peacefully into rest in the year 457.

From Paphlagonia, he was a fellow-countryman and contemporary of St Alypius. He had a great love for the Lord Jesus and, because of this, gave himself to strict asceticism. He rejected all things, only to have an undivided love for his Lord. At the time of his death, an angel appeared to take his soul, and his face became radiant like the sun. He was a great wonderworker both before and after his death, and was of special help to sick children and childless parents.

4. Our Holy Father Nikon, the Preacher of Repentance.

He was born in Armenia. Drawn by the Lord's words: 'He who forsakes father or mother will receive an hundredfold, and inherit eternal life' (Matt. 19:29), Nikon indeed left all for the sake of Christ and went to a monastery, where he became a monk. When he had become perfected in all the virtues, he left the monastery and went to preach the Gospel to the people. He incessantly cried: 'Repent!', and thus became known as 'the Preacher of Repentance'. As a preacher, he covered the whole of Anatolia and the Peloponnese, performing many wonders in the name of Christ. He went peacefully to his beloved Lord in Sparta in 998.

He died in 1731, and his wonderworking relics were discovered in 1804. 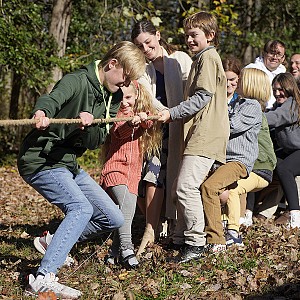