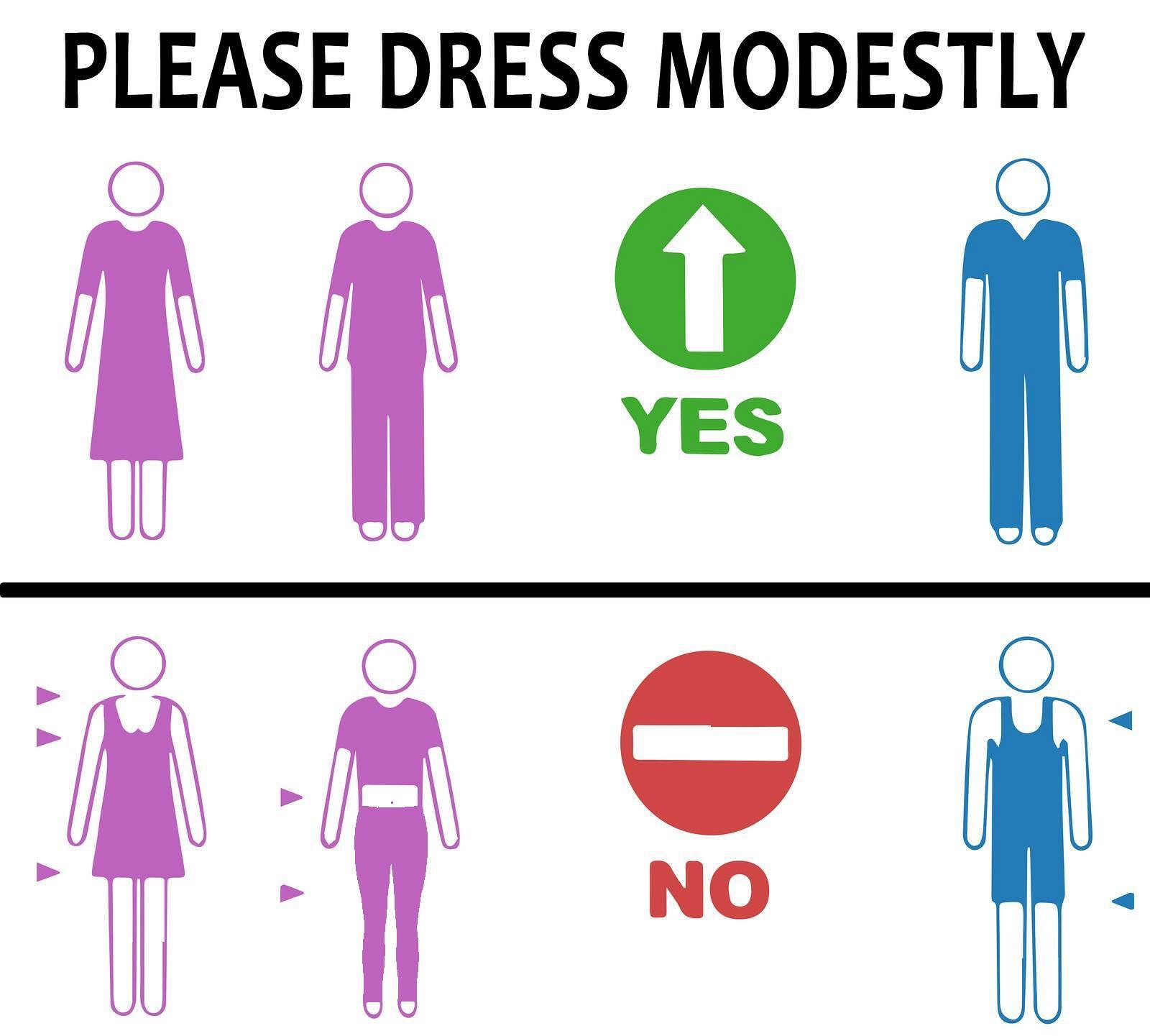 What is the dress code at Christ the Savior?

1) Men should not wear hats, bandanas, shorts, sleeveless shirts, or casual footwear like sneakers or flipflops.

2) Women should not wear miniskirts, spandex-tight clothing, low-cut or revealing tops (unless covered with a sweater or other garment), or casual footwear like sneakers or flipflops.

3) Children should be given a little more flexibility but should still wear “church clothes” so that they know they are somewhere that is special and holy.

4) Everyone should refrain from clothing that is immodest, ostentatious, a fashion-statement, or otherwise distracting from the prayerful and sacred space of the Lord’s House. Clothing or bodily adornments with images, symbols, or writing should not be worn or at least covered up, so that the holy icons and Word of God do not have to compete with the logo of our favorite sport team, the name of a music band, or the slogan of our political party.

This being said, we should not take it upon ourselves to enforce the dress code upon anyone else, especially visitors to the parish. As people become familiar with Orthodox Christianity, they will slowly start to adapt themselves to the ways of the Church, naturally growing in Christ with that which pertains to both soul and body. As always, if you have questions or concerns, please speak with Fr. John.

What about the church’s pool?

The same basic principles apply with regard to modesty and respect for the Lord and our brothers and sisters in Christ. What we wear in the church’s pool should be a step above what is acceptable at the beach (or perhaps a few steps!). Although, we do have an exceedingly strict “no bikinis or speedos” policy :), there is no need to buy a new berka-style bathing suit; one can simply wear a T-shirt or shorts over what should be covered. This is actually what the Apostle Peter did when swimming in the Lord’s presence at the Sea of Galilee (see John 21:7). And so, enjoy swimming in the pool, the fellowship with each other, the presence of the Lord, and His blessing for your modesty and respectfulness!

Why is there a dress code in the Orthodox Church?

First, it should be said, that it is a recent phenomenon in some Roman Catholic and Protestant churches to advertise “casual”, “relaxed” or even no dress code at all for worship and fellowship. This answer will not directly critique this practice other than to say that this has never been part of and is a clear departure from Orthodox Christian tradition.

Both the Old and New Testaments are full of calls to modesty and respectfulness not only in inward spirit but also in outward appearance as the one is connected to and influences the other. Since the time of Adam and Eve, who covered themselves with clothing after the Fall, the way in which one dressed has been directly connected to the way in which one relates to God and one’s neighbor. Cleanliness, simplicity, appropriateness, humility, etc., are not only virtues of the soul but also virtues of the body, which, St. Paul tells us, is the temple of the Holy Spirit.

Do the Scriptures teach anything about this subject?

Now to be sure each of these references has nuances related to culture and epoch; for example, men wear kilts in Scotland. Yet, just as it would be incorrect to overlook these nuances, so too would be incorrect to be dismissive of the teaching itself. Therefore, throughout the Orthodox world, the Scriptural teaching remains the ideal or standard, yet the application remains pastorally flexible in order to bring about spiritual growth and progress in the faithful. For this reason, one will observe both strict adherence to the dress code such as in monasteries or parishes whose faithful are from traditionally Orthodox cultures, as well as appropriate flexibility in churches who pastorally care for and missionize non-Orthodox societies. In general, it is a good idea to be aware of the dress code, and not only refrain from being critical of it but also to respectfully follow it because it has salvific import for us and others.

On Saturday, January 8, 2022, we had the baptism of Dylan Gregory, son of Steve and Katie Parrish. We extend our congratulations to the entire family as well as the sponsors, Connor Joseph and Logan Julia Seeley. May the Lord grant them all health, strength, salvation, a furtherance in every good thing, and many blessed years! 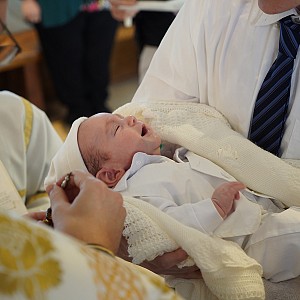