The Orthodox Church is the original Christian Church founded by Jesus and continued by his Apostles. It is the same Church described in the Bible as the Body of Christ and the Bride of Christ (1 Corinthians 12 : 27; Ephesians 5 : 23–25). Throughout its 2000-year history Orthodox Christianity has remained faithful to the teachings and practices passed on from the Apostles and early Church Fathers (2 Thessalonians 2 : 15).

The Orthodox Church began in Jerusalem on the day of Pentecost (Acts 2), and from there spread throughout the world. Today some 200 million people identify themselves as Orthodox, most of whom live in Greece, Russia, Romania, Serbia and other eastern European countries, as well as throughout the Middle East. Approximately four million Orthodox live in the United States.

This ‘Eastern’ Orthodox faith has established itself throughout the world: in North America, Africa, Australia, and Western Europe. Small groups also exist in Asia and South America. Orthodox missionaries from Russia were present in Alaska by the late 1700s, and in Japan and China by the mid-1800s. But the spread of Orthodox peoples throughout the world increased dramatically during the 20th century, particularly in the wake of anti-Christian Communist oppression throughout Eastern Europe.

Orthodox parishes are often identified according to the language in which services are celebrated or the national identity of parishioners. Thus they have come to be known as ‘Greek Orthodox,’ ‘Russian Orthodox,’ ‘Serbian Orthodox,’ etc. But this can be misleading: there is only one Orthodox Church, and it is not tied to any particular nationality. The Orthodox Church is for everyone, regardless of ethnicity: this is shown by the presence in most Orthodox parishes of many converts from Western Christianity (Protestant or Catholic) or from non-Christian beliefs.

The Catholic Church was one with the Orthodox Church until about the 11th century. The rupture that occurred at that time had many complex causes, including the tendency of the Western Church to invest more and more authority in the Pope. The Orthodox Church has never had a worldwide, centralized government like the Papacy; instead, each local church governs itself in mutual accord with all the other local Orthodox churches. The Orthodox Church has also maintained unchanged the original form of the Nicene Creed. The Creed was altered in the Western Church, and this was another significant cause of the schism.

Unlike the Catholic Church since Vatican II, the Orthodox Church has had no liturgical reform. It maintains a richly beautiful liturgical tradition with many customs dating back to Apostolic times, including fasting on Wednesdays and Fridays, receiving Communion on an empty stomach, ancient liturgical prayers and chants, frequent sacramental confession, standing or kneeling during services instead of sitting, and baptism by full immersion.

In the Orthodox Church there is no universal liturgical language (such as Latin in the Catholic Church); it has always been our tradition to pray in the local language. Orthodoxy also upholds the ancient practice of married clergymen, while also valuing and encouraging celibacy for those who are called to it (cf. Matthew 19 : 10–12).

Protestant denominations (such as Baptist, Anglican or Episcopalian, Lutheran, Presbyterian, etc.) have their origins in 16th-century Western Europe. These groups were a departure from the Catholic Church which, five hundred years previous, had departed from the Orthodox Church. Some of the Protestant reformers were earnestly trying to return to the Church of the New Testament – the early Church of the Apostles, which they believed had been distorted by the Catholic Church. Ironically, with a bit of education they would have found what they were seeking in the Orthodox Church.

In recent years, many groups within Protestantism have abandoned fundamental Christian doctrines and moral teachings, despite the clear witness of Holy Scripture, so highly valued by the 16th-century reformers. But the theological and moral vision of Orthodoxy – what Saint Paul calls ‘the mind of Christ’ – remains unchanged (1 Corinthians 2 : 16; cf. Hebrews 13 : 8).

What does Orthodoxy Teach?

The word Orthodox is Greek for ‘right glory’ and refers to the correctness and truth of the Orthodox Church’s faith and worship (cf. John 4 : 23–24).

The Orthodox faith is expressed most fully in the Bible – the God-inspired books of the Old and New Testaments. This same faith is expressed very succinctly by the Nicene Creed, composed by theologians who met at the first two (of seven) great Ecumenical Councils held in 325 and 381. This statement, based on the Scriptures, teaches that there is one God in three Persons: the Father, the Son, and the Holy Spirit. God the Son – Jesus Christ – became man, was born of the Virgin Mary, suffered and died for our salvation, rose from the dead, and ascended physically to heaven, from whence he will come again at the end of the world to judge the living and the dead.

The Divine Liturgy (what Catholics often call the Mass) is the very heart of Orthodox life and faith. In it we receive Holy Communion which unites us with other Orthodox believers throughout the world. We are also united to the whole ‘communion of saints’ – all the departed martyrs, holy fathers and mothers of past ages – who join us and the hosts of angels in giving unceasing glory to God (cf. Isaiah 6 : 3; Revelation 7 : 9–17). But most importantly, Holy Communion unites each of us to Jesus Christ, for he offers himself to us in his very Body and Blood (cf. John 6 : 53–57). Orthodox parishes celebrate the Divine Liturgy every Sunday morning as well as on many feast days throughout the year.

The Orthodox Church maintains basic Christian moral positions on the sanctity of life and marriage. Marriage is between one man and one woman for life, and this is the only appropriate context for physical relations that can lead to childbirth. Abortion, euthanasia, divorce, and homosexual activity are a few examples of actions which seriously distort God’s loving purpose for our lives. However, there is no sin that God will not forgive and whose damaging spiritual affects God cannot heal.

The Christian life consists in opening our hearts, minds, and bodies to this merciful grace of God’s healing, and this is a life-long endeavor requiring faith and perseverence. (cf. Philippians 2 : 12–13)

Through constant prayer, through participation in the Church’s sacraments and the study of Holy Scripture, through serious struggle against our strong inclinations to sin and selfishness, and through gestures of loving self-sacrifice for others, we strive to enter more deeply into communion with the God who is Love (1 John 4 : 16). Union with God constitutes man’s only true and lasting happiness. It is this union and this happiness which Christ Jesus longs to give us, and the Church exists to make that happen.

The above text was compiled and edited by Hieromonk Herman (Majkrzak), much of it adapted from Father John Breck. 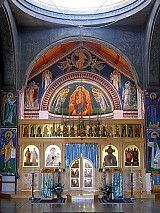 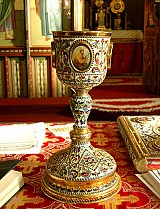 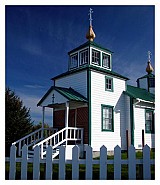 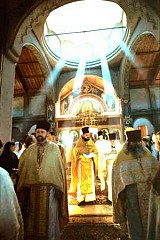 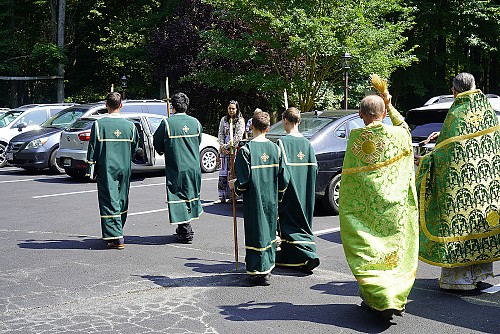 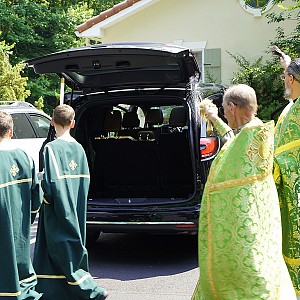